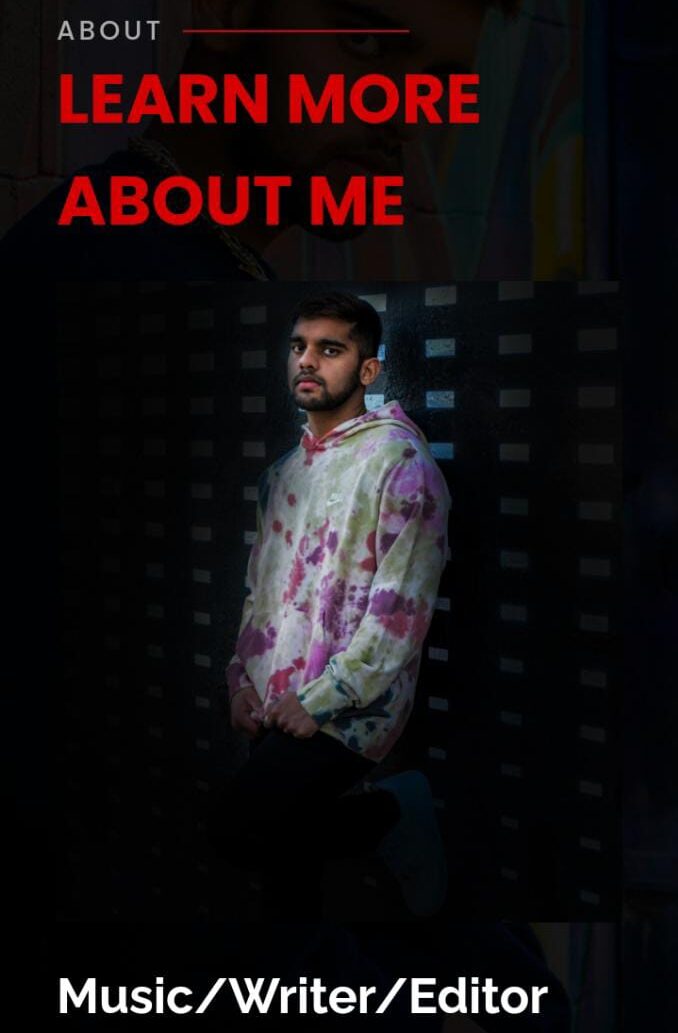 Music has always been my escape from reality. What began as a hobby quickly turned into a passion and an
aspiration for a future career. My name is Keegan Singh and I go by the artist name of Keegn. I am a 20-year-old up
and coming hip-hop artist from the Caribbean Island of Trinidad and Tobago. I fell in love with hip-hop music at the
age of 12 after listening to the likes of Eminem, Lil Wayne, Big Sean, and Drake. I fell in love with the realness of
the lyrics and the way in which the artists would talk about their thoughts and life through their songs. It was
something that I had never heard from listening to Pop, EDM, and other genres of music. The honest nature of
hip-hop music makes it very easy for listeners to relate to both the music and the artists themselves. It was no
different from me, as the case with many young people growing up, I went through a fair share of difficulties
mentally, socially, and academically. I would struggle to express my problems orally to loved ones and friends and
instead I would just write down my problems in the form of lyrics. Little did I know, this way of expressing myself
would become an eventual career path. At the age of 13, I wrote my first song and decided to release it on Youtube
as a way of expressing how I felt about the problems I was going through. The song wasn’t the best and received
quite a lot of hate from commenters. Of course, as a young individual, this was disheartening but I never let that stop
me. I kept practicing my craft and realized that I could make a career out of something that I loved so much. Before
graduating high school at the age of 18, my grandfather, who was a huge inspiration to me, sadly passed away. He
would always tell me to do what I love and never give up, it was at that moment that I really started taking music
seriously. I realized that the only thing I want in life is to make a career out of something I love so much.

After he passed away, I started releasing songs on Soundcloud and after gaining some momentum and traction, I began
releasing music on Spotify. My first ever release on Spotify titled “Bandit” is my most streamed song accumulating
over 190,000 streams. Over the past year, I have been releasing music on various streaming services (Spotify, Apple
Music, iTunes, etc.) and I continue to grow as an artist and as a person. As I continue to develop and gain more
popularity as an artist, I want to become an inspiration as a person to the people that listen to my music. I want to
impact and touch people’s lives the way Eminem, Lil Wayne, and other artists touched mine. The message that I put
in my music is “The price of ambition”. I talk about the difficulties and positive aspects of being an ambitious
individual and wanting to be the best I can possibly be. I want to tell people through my music that accomplishing
your goals and dreams isn’t going to be easy, but when things get difficult it’s important to never give up and never
lose track of where you want to be eventually. The journey to the top has many twists and turns and I am very
transparent about all these twists and turns in my music. When I eventually reach the point that I always dreamt of
reaching, I want my music to be a portfolio and follow me, so all my fans can use my journey to inspire their own as
they also try to accomplish all their goals!

7 thoughts on “Keegan Singh AKA Keegn”